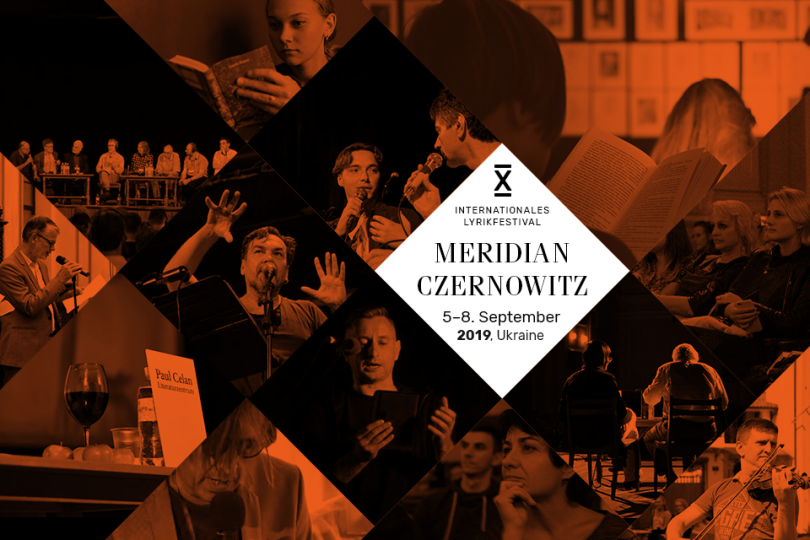 Within the framework of the festival there will be presentations of 9 books, discussions, parade of poets, theatrical performances, chamber music concerts, Jewish and rock music concerts, as well as reading in well-known and unusual locations of the city. The festival will be attended by both new authors and those who have already performed on MERIDIAN CZERNOWITZ in previous years. In total, there will be more than thirty artists from 5 countries – Germany, Austria, Switzerland, Israel and Ukraine. Here they will read their texts and communicate with the audience. Translation into German will be available during the events.

This year two artists will present Austrian programme of the festival.

Wolfgang Hermann writes prose, poetry, theatre and radio plays. Some of his publications have been translated into English, French, Spanish, Swedish, Arabic, Latvian, Slovene, Japanese, Korean, Polish, Hindi. He is a member of the PEN-centre in Germany.

Wolfgang Hermann will read his poems at the Bukovina Media Center/Belle Vue (Kobylianska St., 2nd floor) on September 6 at 3:45 pm.

Martin Waltz is a Swiss director, screenwriter and actor. At the festival, Martin Waltz will read poems by Paul Celan and love letters to Ingeborg Bachmann.

Martin Waltz will perform at the Courtyard of Paul Celan’s House (5 Saksaganskogo St.) on September 7 at 1:15 p.m.