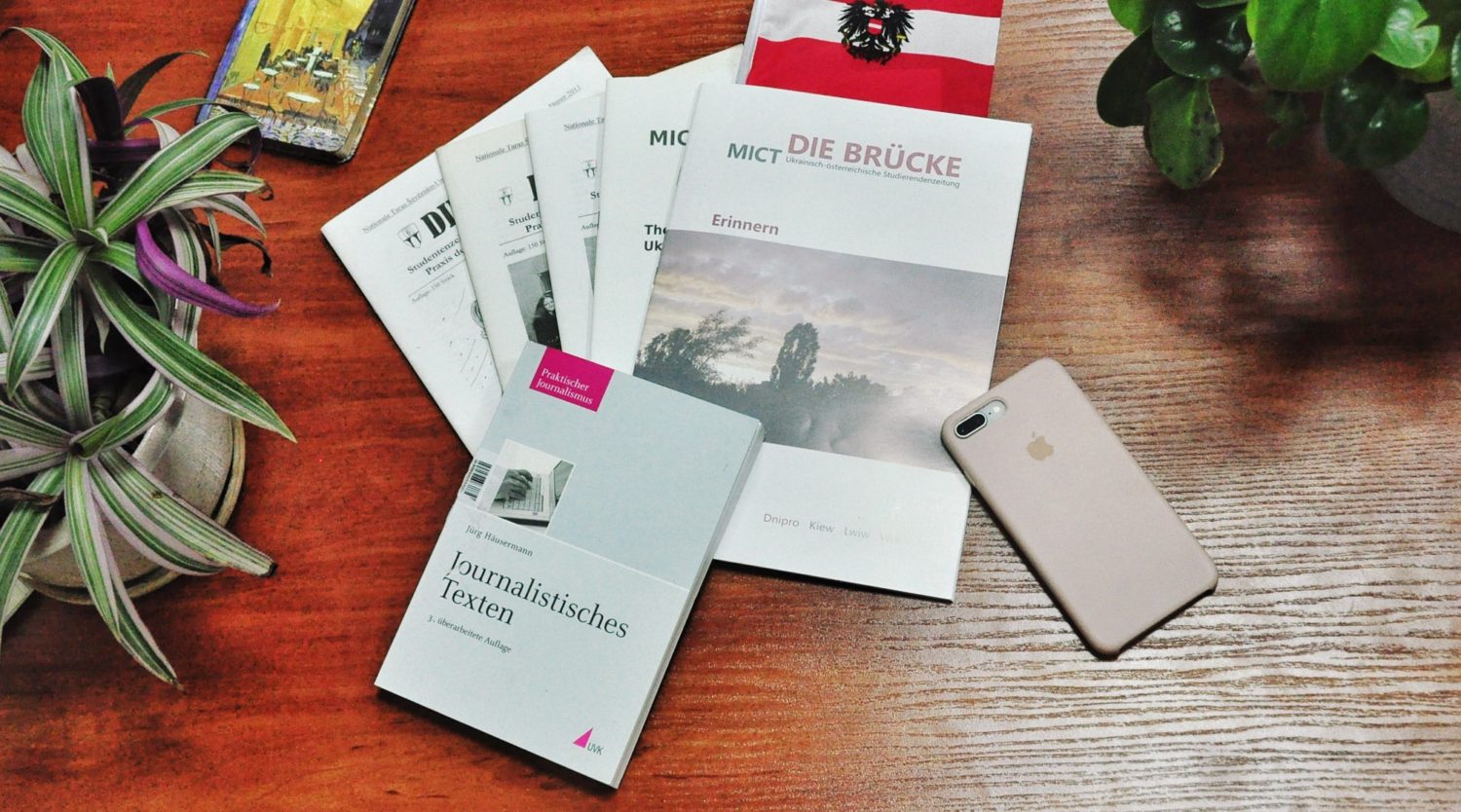 The story of DIE BRÜCKE goes back some fifteen years, when the newspaper was founded on the initiative of the former Austrian lecturer at the Kyiv National Taras Shevchenko University, Claudia Niederl-Garber.

Since then, the newspaper has seen more than thirty editions, to which a large number of students and lecturers traditionally contribute.

Since September, DIE BRÜCKE has been supervised by the OeAD-lecturer Florian Rinesch, who was already the head of the newspaper from 2007-2012. New features of this year’s spring edition include translations, a new layout and brand new Facebook and Instagram pages. The pages will not only provide a behind-the-scenes look at the newspaper, but will also offer readers additional sections on various topics. In addition, the editorial office of the newspaper, together with the Centre for German Language and Culture, twice a month organizes “Evening talks” with representatives of various professional groups at the Kyiv National Taras Shevchenko University.