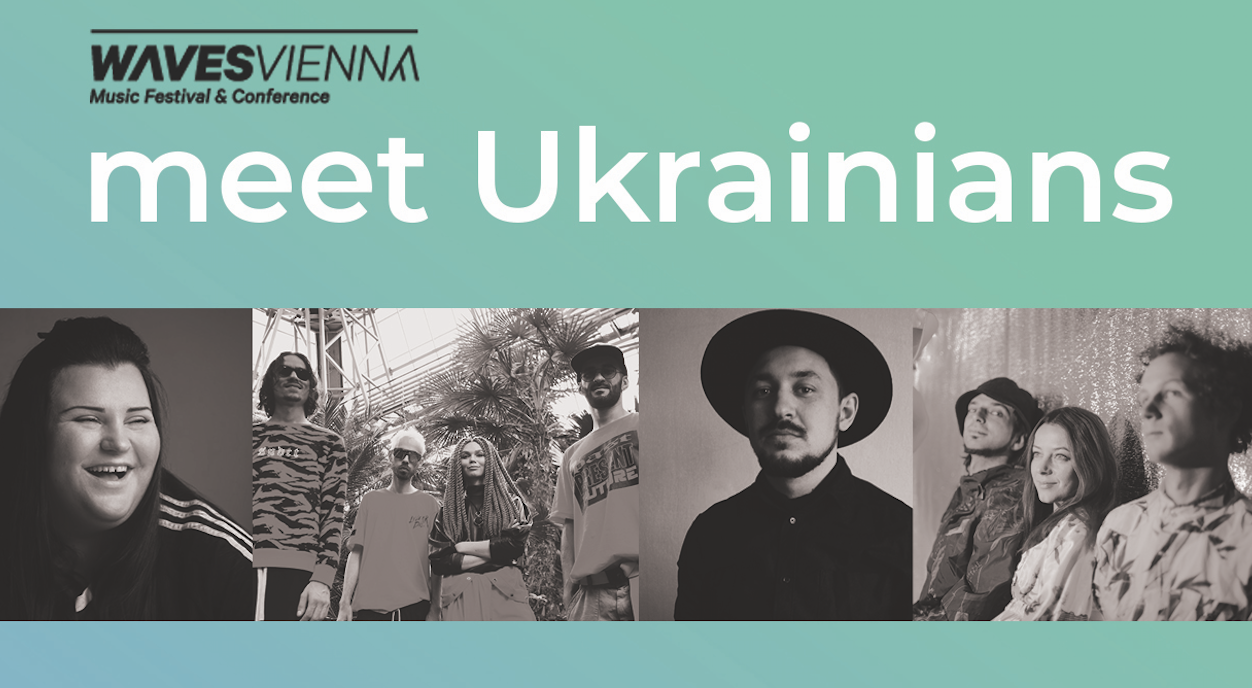 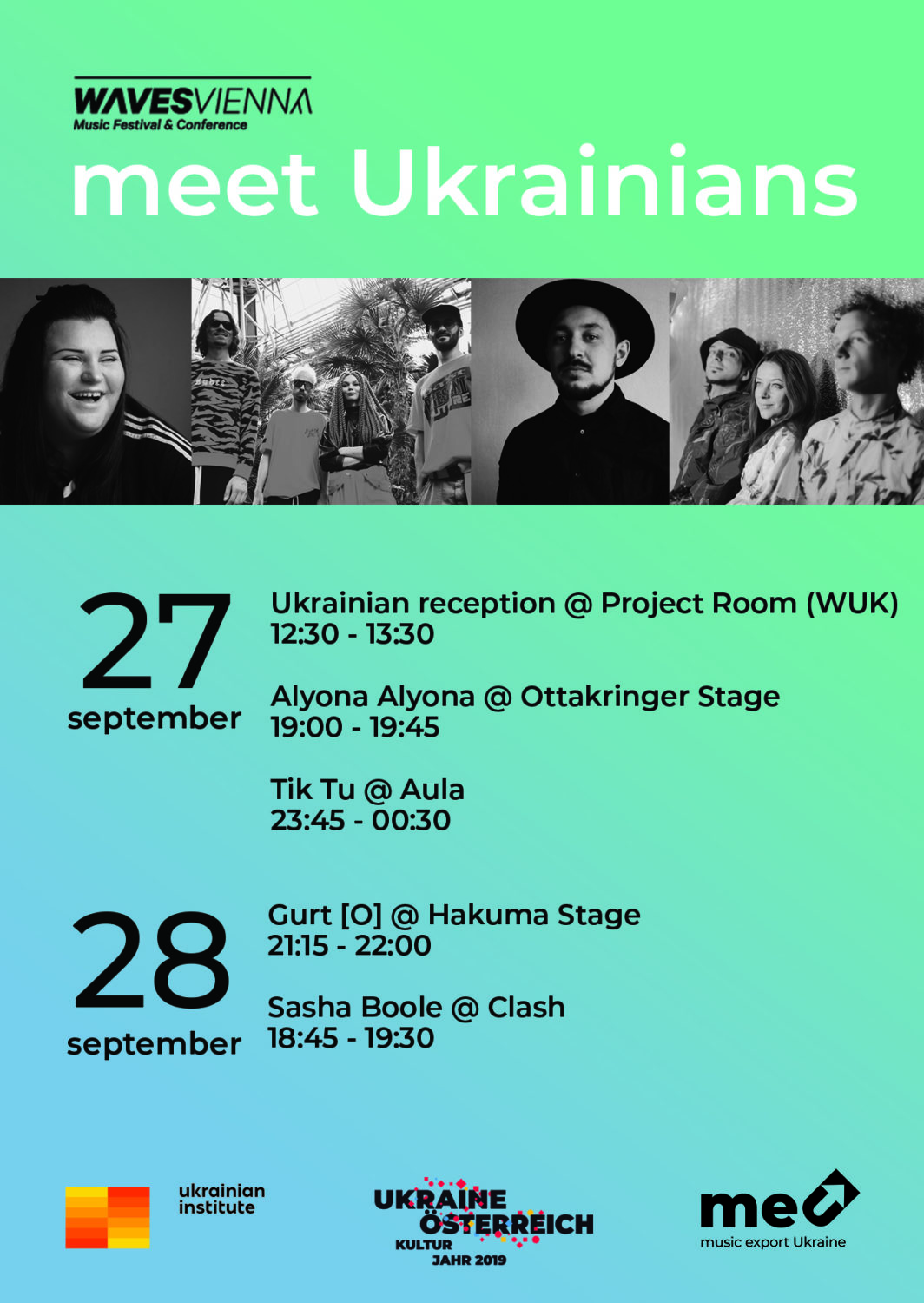 The most prestigious event in the contemporary Austrian music industry, Waves Vienna, represents all genres of contemporary music, from dream-pop to rock and rap. The festival takes place annually in late September and is part of the INES (The Innovation Network of European Showcases), an international network of 8 strongest showcase festivals in Europe. The concept of Waves Vienna that reaches the interaction of the maximum number of players in the music market in Europe is reflected in the festival’s slogan: “East meets West”. Each year, the festival organizers focus on two countries. In 2019, it is Sweden and Hungary.

Really colorful line-up of artists will present Ukraine at the festival. Among them is the sensation of female rap performer Alyona Alyona, who literally became a headliner of Ukrainian and foreign festivals within a year from the tutor of Baryshivka kindergarten. Singer-songwriter from Chernivtsi Sasha Boole, already successfully touring Europe, and in 2018 became a full member of the team of Me and That Man (Adam Darsky’s side project of the legendary Polish band Behemoth). A bit of psychedelic synth-pop and indie-electronics dance beats will be added by Tik Tu (Ternopil) and residents of Masterskaya label – Gurt [O] (Kyiv).

During the conference there will be a Ukrainian reception, which all participants of the festival will be able to visit.