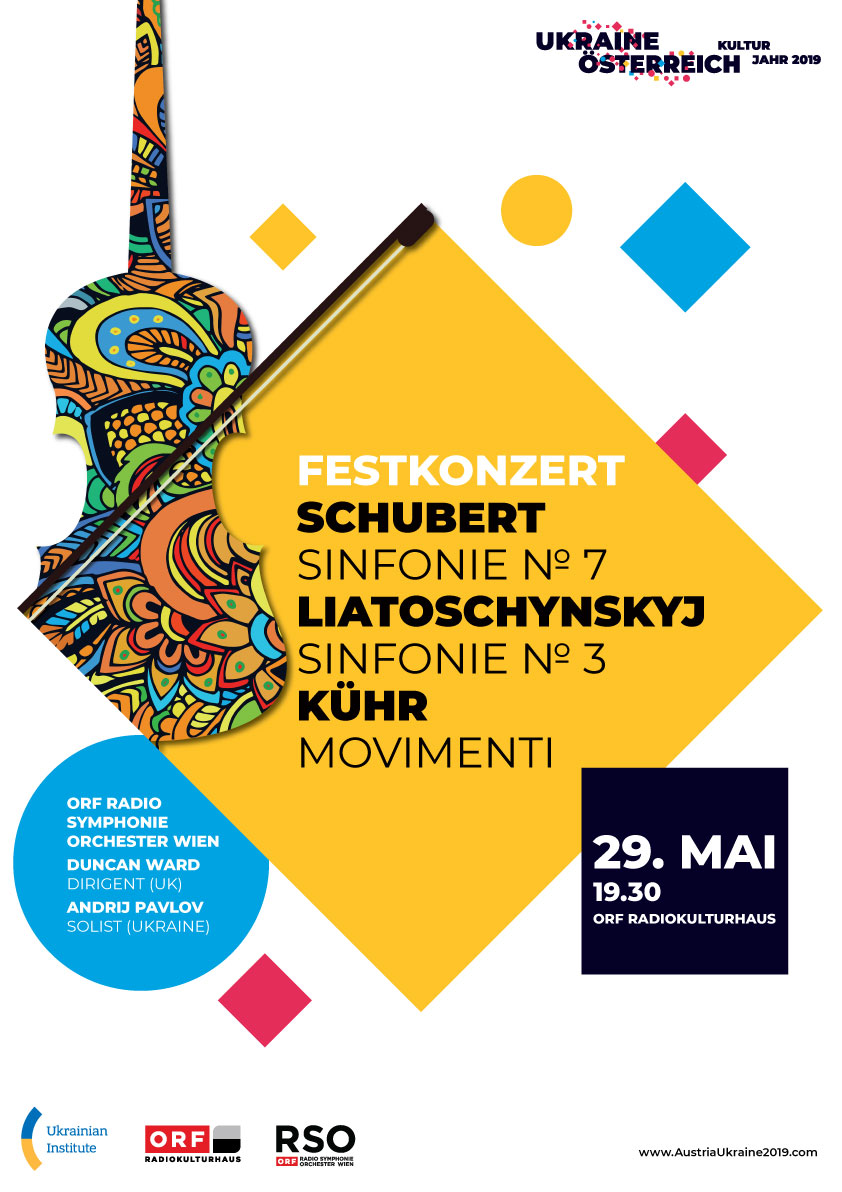 The performance of the symphony of an outstanding Ukrainian composer by one of the most renowned orchestras in Austria and the participation of the leading Ukrainian violinist as a soloist in one concert are an important milestone for Ukrainian composer and performer schools, whose works were actively censored the 19th and 20th centuries as well as a strong factor for implementation of Ukrainian music in the worldwide context.

The concert will be broadcast by the Austrian Public Broadcasting Corporation (ORF) and recorded to be later released on a CD.