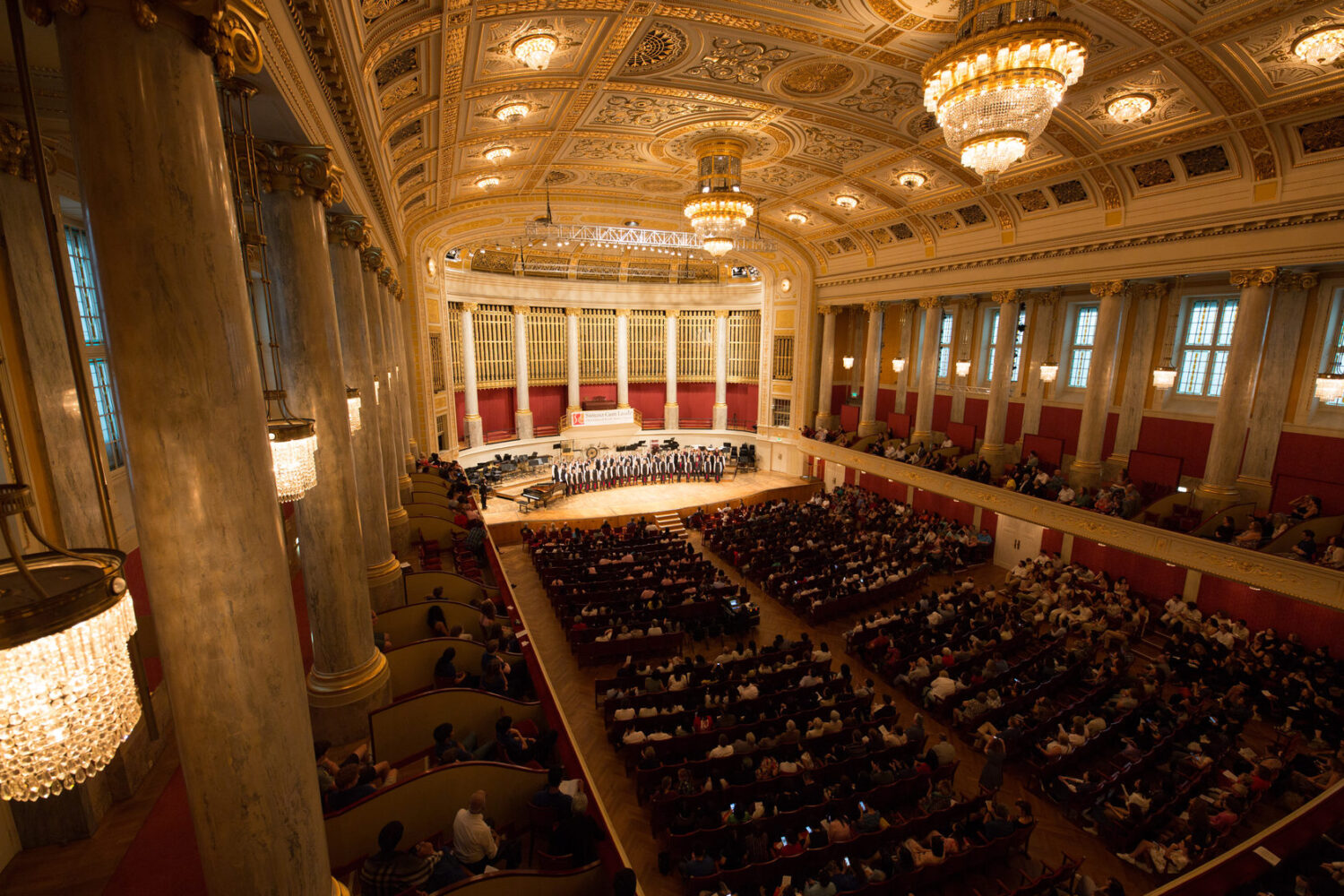 This year, the legendary Ukrainian children’s choir takes part in one of the most prestigious and largest festivals in Europe among youth choirs and orchestras with the support of the Ukrainian Institute.

The festival will take place on Vienna’s main classical music stages — the Musikverein Golden Hall and the Concert House.

Young Ukrainian choirs will present their competition repertoire in the adult category “Women’s Choirs”. In particular, the children will perform the music by Henry Purcell, Johann-Sebastian Bach, Wolfgang Amadeus Mozart, Arvo Pärt, Victoria Poliova, Valentyn Silvestrov, Mykola Leontovych, and other composers. All compositions are performed in the original languages.

In addition, on July 7, Shchedryk will perform on the stage of the Vienna Boys’ Choir in MuTh (Augartenspitz 1, 1020 Wien). On July 10, the choir will have another concert in Klosterneuburg with the support of the Embassy of Ukraine in Austria.

For over 50 years of its existence, the Shchedryk choir from Kyiv has participated in a number of musical forums initially within the USSR, and since the 1990s it has won numerous international competitions in Canada, the USA, Poland and Italy. Since its establishment in 1971, the team has participated in over 500 concerts around the globe.

In 2005, at the International Choir Festival – Musica Sacra a Roma, the choir received the Golden Diploma and the Grand Prize in two nominations: Best Choir and Best Conductor (Marianna Sablin). To commemorate this victory, Pope Benedict XVI invited the Shchedryk Choir in the Vatican and greeted the children in the Ukrainian language.

The artistic director and principal conductor of the choir is Marianna Sablina who herself participated in it as a child. She has been working with the choir for 15 years.