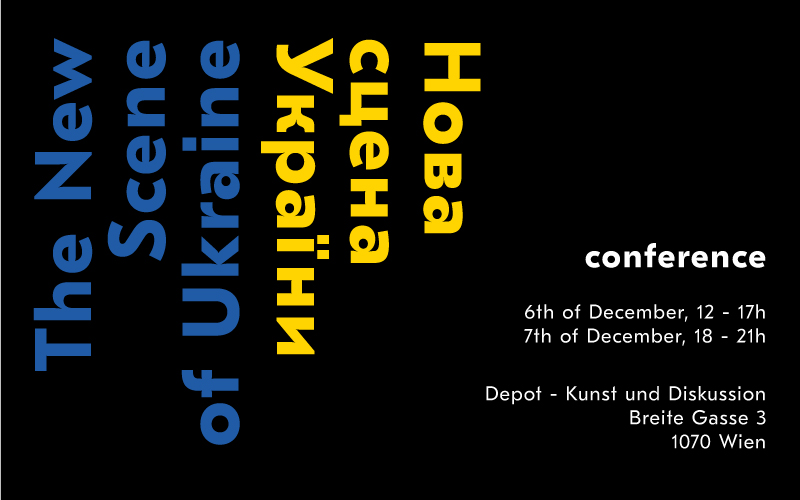 THE NEW SCENE OF UKRAINE – CONFERENCE

BLOCKFREI - Association for Culture and Communication

In the light of 2019 – the bilateral “Year of Culture” between Ukraine and Austria, BLOCKFREI has created a project The New Scene of Ukraine with the idea to present the existing and emerging cultural associations from Ukraine. The main goal is to connect them with their Austrian colleagues for the purpose of exchange of ideas and to lay a foundation for their potential collaboration in the years to come.

So far two of the three planned activities have taken place.

The first activity was a Visitors’ Programme to Ukraine – when an Austrian based art critic and a curator were selected via an open call to take part in the week-long study visit to Kyiv and Kharkiv during the 2nd National Biennale of Young Art.

In the framework of the second activity of the project there were chosen two Ukrainian based emerging curators, who participated in the Curators’ Agenda – an annual curatorial program for emerging international curators conducted by BLOCKFREI.

The December conference is the final activity of the project The New Scene of Ukraine. It is envisaged along the lines of a networking event with the aim of (re-) connecting Ukrainian and Austrian professionals from the field of arts and culture, as well as for giving a reflection on the current state of the art and culture in Ukraine.

We are looking forward to welcoming you!

The full programme of the conference and the participants are here.