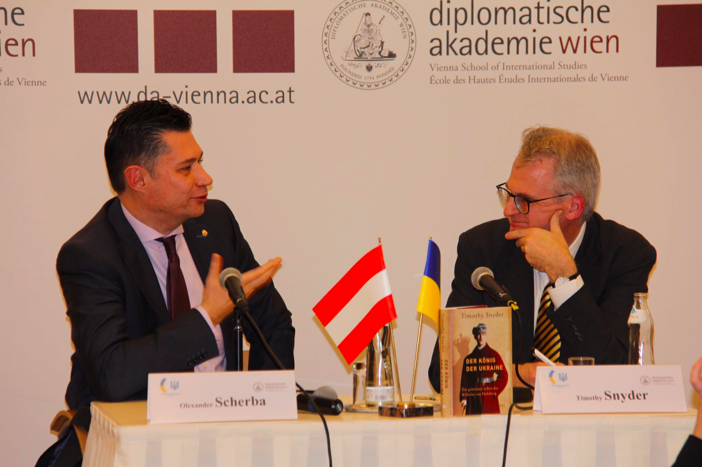 Timothy Snyder talks about “The King of Ukraine”

The famous historian talks about the life of Wilhelm von Habsburg, a member of the Austrian imperial family

On January 31, the Embassy opened the Year of Ukrainian Culture in Austria and Austrian Culture in Ukraine. The first event of the year was an evening dedicated to Wilhelm von Habsburg, a member of the imperial family, who chose Ukraine as his second home and took the Ukrainian name “Wasyl Vyshanyanyi”. Under this name, he died in 1948 in the hands of Stalin’s NKVD as an “English spy”. An inspiring and illuminating talk on the life of the “King of Ukraine” was given by prominent American historian Timothy Snyder.