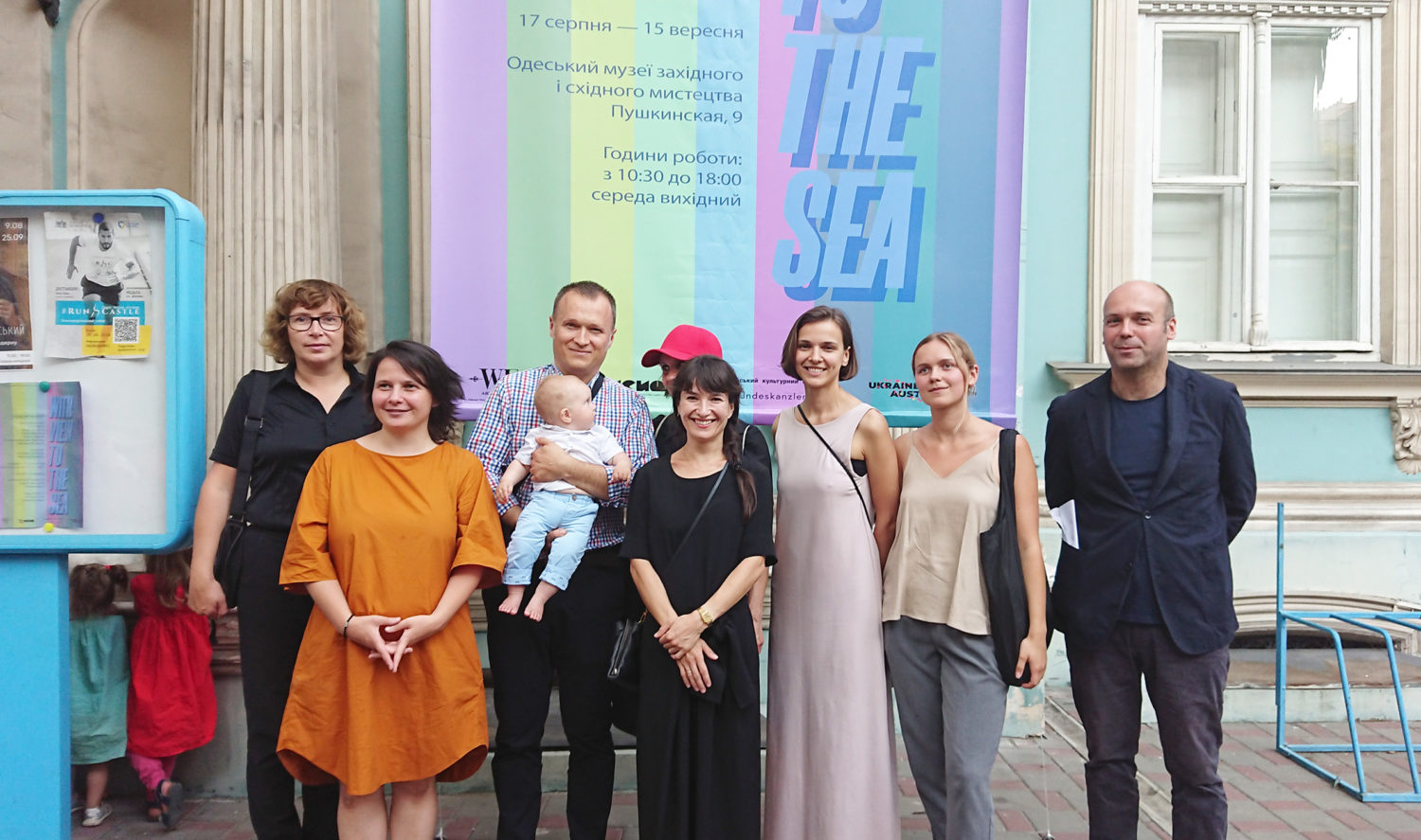 The exhibition "With View to the Sea" at the Museum of Western and Oriental Art in Odessa has brought together for one month the works of Ukrainian and Austrian artists living in Vienna.

The theme of the exhibition had two objectives: first, to use terms as house, roots, homeland, which are often used in a folkloristic or nationalistic context, to contrast the image of unconditional and limitless hospitality. On the other hand, since art has always defied national regulations, it should be offered as a way out to venture an open and unobstructed view of the future.

Ukrainian reality and history was the starting point for all artists. Thus one can say of almost all the works in the exhibition that they sought a connection between the present and the past and an extension of the space: in framework of the installation “In Search of the Outside” Elena Kristofor’s covered the floor and the walls of the first exhibition space with various elements from slides and edited photos. Her work was perhaps the most utopian contribution, for she invited us into an open space with fragments of works that create a kind of new future and suggest proximity and distance with illusions.

In the same room there was a large video projection of the work “de facto” by Ekaterina Shapiro-Obermair, which she created in 2016-17 in collaboration with the historian Alexandra Wachter in Lviv, the city in the west of Ukraine. Together, they attended various commemoration ceremonies to the events of the Second World War, which were initiated by different groups with often contradictory intentions.

The confrontation with the Soviet heritage is also part of the video work “Leninopad” by Anna Jermolaewa, which was shown in the second room. Jermolaewa set out to search for traces of the fall of fallen Lenin monuments in the regions of eastern Ukrainian. Her personal conversation with the witnesses of the dismantling shows the fragile moment of the transformation process.

In her work, Anastasiya Yarovenko asked fundamental questions about what we can call a home: in the installation “60 Gallons”, she reflects on the situation of homeless people in Los Angeles and shows their expanded belongings in photographs that are integrated into inflated containers.

Anatoliy Babiychuk’s photo series “The Ukrainian East Village” focuses on the situation of Ukrainian migrants in New York. What remains and how deep can the connection to one’s own culture be fater many years? How do these people understand their identity? How important are their roots to them (and to their parents and children)?

What does it mean to settle into another society? With the video work “Odesa” by Catrin Bolt, which we projected onto the ceiling in the first showroom, we finally hoped to be able to bring some lightness into all these questions: 8 years ago in the morning, the drunken and staggering artist walked the Potemkin stairs in Odessa down to the sea. There is a certain comfort in that intoxication, that in the end we all feel the same reality and the view of the sea unites us all in one and the same place.

What remains is the beautiful experience that almost all the artists could come to Odessa to share this moment with us.