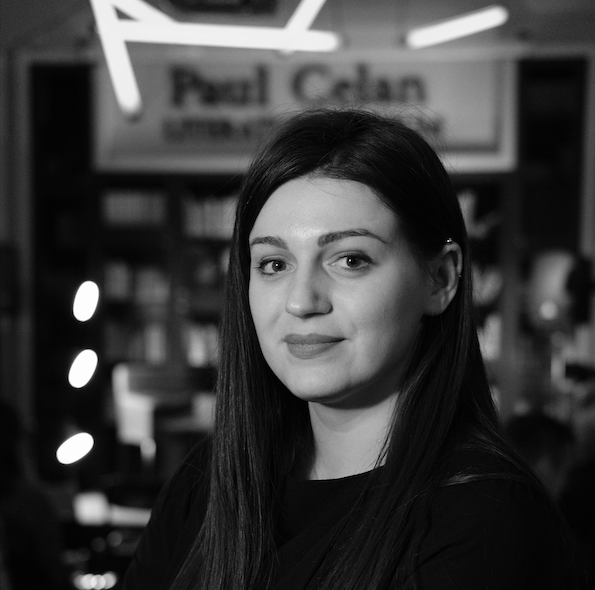 Head of the Festival Meridian Czernowitz

Meridian Czernowitz is an International Poetry Festival that took place for the tenth time in September 2019 in the western Ukrainian city of Chernivtsi. This year we celebrated our first big anniversary, we drew our first big line under dozens of published books, hundreds of collaborative projects and thousands of festival viewers.

Significantly, the Austrian component of the festival has always been important to our concept and has never been forgotten: during 10 years of the festival we have invited over 30 Austrian poets, presented Austrian music and theatre groups and introduced Austrian culture to a broad Ukrainian audience.

From year to year it has been possible thanks to our Austrian friends and partners: the state of Carinthia and personally Udo Puschnig, the Austrian Honorary Consulate in Chernivtsi and personally to the Honorary Consul Serhij Osachuk, the Austrian Ambassadors to Ukraine and the Austrian Cultural Forum Kyiv, whose support has also contributed to achieving the main purpose of the festival: to create a new cultural face of modern Chernivtsi, which the city received thanks to the highly modern and successful poetry festival.

This has also been proved by a very responsible and important event: the founder of our festival, Svyatoslav Pomerantsev, received the Decoration of Honour in Silver for Services to the Republic of Austria in September 2019, which was presented by the Deputy Head of Mission of the Austrian Embassy Florian Kohlfürst.

Our cultural diplomacy is bilateral: we not only invite Austrian poets to Chernivtsi, but also organize literary tours of Ukrainian authors to Austria. Thus, with the support of the Ukrainian Cultural Foundation in October 2019, such a tour with the participation of Yuri Andrukhovych and Ihor Pomerantsev will take place in Vienna, Innsbruck and Salzburg.

We are grateful for the opportunity to promote Austrian culture and literature in Ukraine and continue to work!