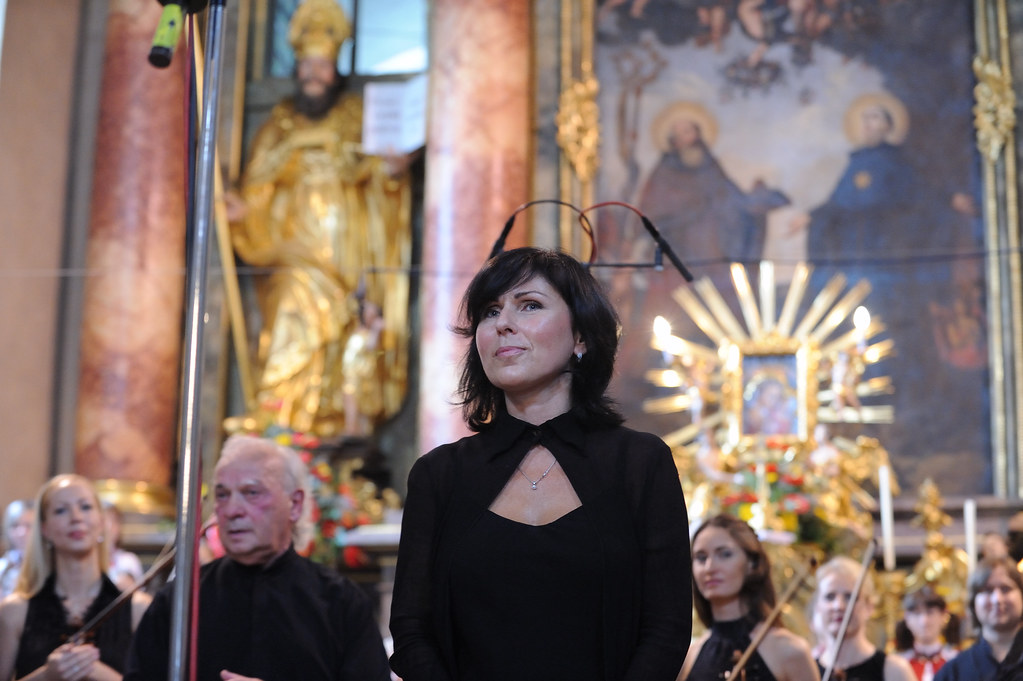 Art directress and conductress of the choir

By tradition, festival performances are held in the best concert halls of the Austrian capital as solo concerts. In terms of the competition programme, youth ensembles present their own interpretations of two set European classics and independently selected works by composers of their respective countries to the jury.

The 2019 jury included music professors from Germany, Austria, France, Belgium, the United States, Argentina, Slovakia and Poland. What makes it even more pleasing is that here, at the forum in the music capital of the world with such a high-profile representation, the “shchedryks” became a real sensation of the competition from day one. The result of the festival was the awarding of the Grand Prize to the Ukrainian collective with the remark for “Outstanding Success”!

The five festival days have been eventful, each one individually capable of setting anyone’s pulse racing if they dedicated their lives to or are seriously interested in music. And the grandeur of the venues did, of course, contribute to the unique professional and festive atmosphere.

For example, the competition performance took place in the famous (and easily recognizable from the Vienna Ball videos) of the Musikverein’s Golden Hall; one of the solo concerts was held on the stage of the new MuTh Theater, equipped with the latest technology (in particular, acoustics) and built specifically for the Vienna Boys’ Choir; the masterclasses were held in the rehearsal rooms of the Vienna Conservatory filled with music legends of and, finally, the closing Gala Concert was held in the incredible Great Hall of Konzerthaus, all its 1800 seats filled.

Each performance of “Shchedryk” in these renowned venues caused genuine excitement with the multinational industry audience. Therefore, it can be noted that, in all modesty, “Shchedryk” performed its integrative cultural function (task) taking this festival by storm or rather by the storm of applause for the encore. Professional audiences not only from Europe, the United States and Canada but also Latin America, Australia and South Africa now have the impression about performance capacity and the overall music level of the Ukrainian collective. Many years of experience show that the expansion of the “communication geography” in the informal conditions of the festival almost always literally creates a projection on the subsequent tour map.

However, if we look at the backstory of these events, one must admit that participation in international events of such scale is always a challenge for our team, not only in professional but also in financial terms. And this trip was no exception.

In course of a long and tedious fundraising campaign, the heads of the choir and the partner organisation (for the last three years, this role was filled by the NGO International Institute for Cultural Diplomacy) appealed to several public institutions, foundations and individuals. Among other things, we approached the Ukrainian Institute with a proposal to include Shchedryk’s participation in the Viennese competition featured in the state programme of cultural events of the bilateral Ukraine-Austria year 2019. And we must give credit where it is due: the Ukrainian Institute under the Ministry of Foreign Affairs of Ukraine actively participated in the process.

Thus, a precedent has been set: for the first time in nearly half a century of Shchedryk’s existence, a government agency has committed itself to finance a project associated with such a bulky structure as a choir.

We are happy that the project manager of the  Institute Alyona Kukhar worked with us and took over the task of ensuring compliance with all requirements of the Ukrainian laws on public financing and proved to be a very responsible and committed person. It was through her efforts that the possibility of using Shchedryk for international presentational and reputational purposes was considered and recognised at the official level.

In Soviet times, Shchedryk made a name for itself as a Europe-oriented collective. Over time, the choir has achieved such international recognition that is similar in importance (level) to Olympic sports medals.

The choir makes a striking impression on the Western public.

Bearing this in mind, the ensemble could be used to our country’s advantage in terms of affirmation of its European identity, because what makes Shchedryk so unique is that it speaks the native language of Europe better than the native speaker! And this makes the collective worthy of being a national pride like, for instance, the Vienna Boys’ Choir, a similar ensemble, which Austrians turned into a brand which is recognised worldwide.

It is clear that the genre to which the Shchedryk choir belongs is the reason why it has quite a lot of members and clearly, in view of the existing economic circumstances, any international project is insurmountable for our choir.

Therefore, the creation and functioning of a mobile and easily accessible state institution – the Ukrainian Institute under the Ministry of Foreign Affairs of Ukraine – is vital for such cultural phenomena as Shchedryk! Today, the Ukrainian Institute, an organization capable of both a competent expert evaluation of an event and its financial support, gives basically the only opportunity to make a statement to the world at the scale worthy of our country, literally implementing the motto: “Making our voice heard by the world”.