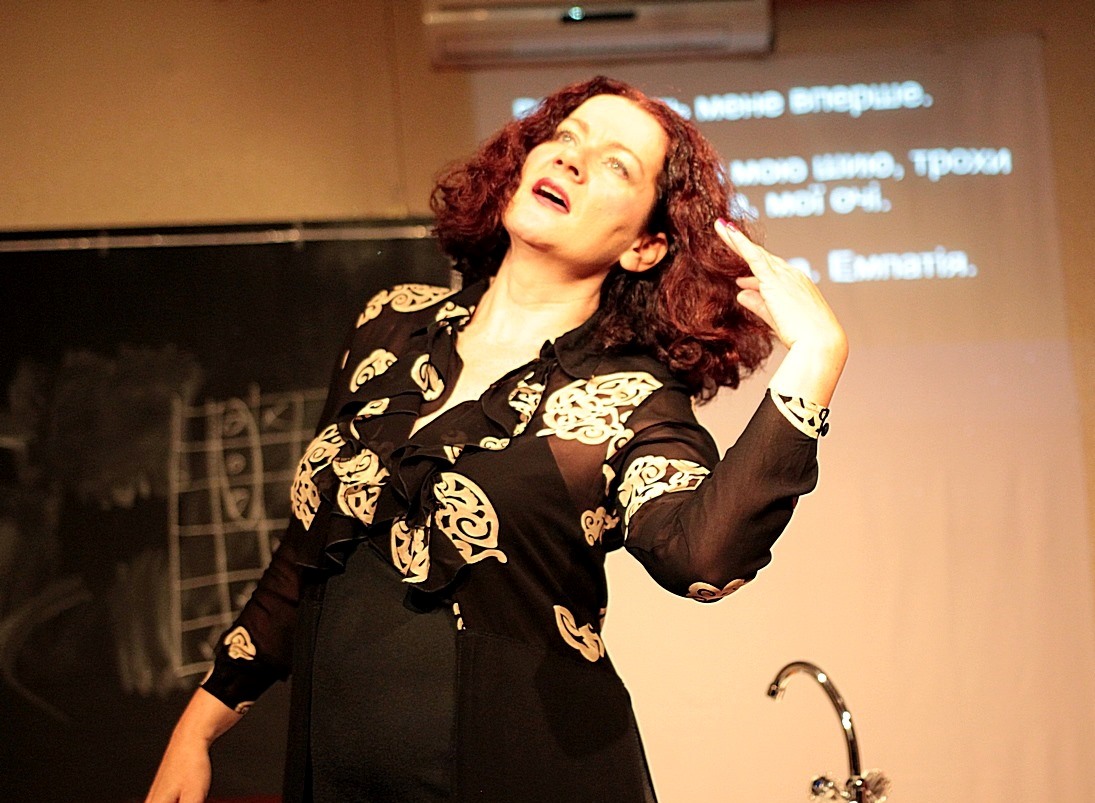 The first thing we see of the city is its location on the Dnipro - from the airplane. Next two days will be filled with encounters, explorations, work and cultural exchange.

The Koleso theatre welcomes us very friendly. In the city we notice portraits of women in the form of murals: the author and political activist Lesya Ukrainka (1871-1913) and the former world champion in rhythmic gymnastics Anna Rizatdinovа (1984-). Women who have done something extraordinary become visible in the city.

Women also did more in science and technology in the past than most people know. Bringing more women into this exciting field of work is of great interest not only in Austria, but also in Ukraine.

In the play “Curie_Meitner_Lamarr_indivisible” three outstanding pioneers represent the achievements of women in the field of science and technology: Double Nobel Prize winner and discoverer of radioactivity Marie Curie (1867-1934), Austrian-Swedish nuclear physicist Lise Meitner (1878-1968) and Viennese Hollywood actress Hedy Lamarr (1914-2000) with her invention of frequency hopping. In the play portraittheater outlines the life stories of the three women as well as their fascination with science and technology. Video recordings with three little girls connect us to the present position of women in this field.

After many guest performances abroad, the successful play was shown for the first time in Ukraine at the invitation of the Austrian Cultural Forum Kyiv. Anita Zieher played the three women; the play was subtitled into Ukrainian. The performance at the Koleso Theatre in Kyiv was sold out. It followed by a lively exchange of ideas about what else could be seen and heard.

It was our first encounter with the city that still has a lot to tell… We hope to hear some more of its stories in the future.

We are grateful to everyone who helped to show this guest performance by portraittheater here in Kyiv.